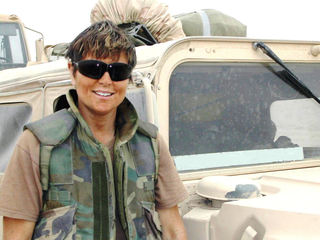 Sharon Linnéa is a bestselling novelist and award-winning biographer.

Her first trilogy of thrillers, Chasing Eden, Beyond Eden and Treasure of Eden, were written with her best friend from sixth grade, The Rev. Dr. Chaplain (COL) (retired) Barb Sherer, often while Barb was deployed with the Army all around the world. They were published by St. Martin's Press, under the aegis of legendary editor Jennifer Enderlin. E-book editions, published by Arundel, became Amazon bestsellers (once they were numbers 1,2 and 4 on the "thriller bestseller" list, with some guy named George R.R. Martin squeezing in at number 3!). Plagues of Eden is the fourth in the series. Arundel also published These Violent Delights, the first of the Movie Murders, and Sharon worked with young Axel Avian on Colt Shore: Domino 29, a YA spy adventure, as well as the nonfiction Now You Tell Me! Series (as Sheridan Scott).

Sharon has also written the award-winning biographies Princess Ka'iulani: Hope of a Nation, Heart of a People, about Hawaii's last crown princess, which won the Carter G. Woodson award for distinguished books that "treat topics related to ethnic minorities and race relations sensitively and accurately." She also wrote Raoul Wallenberg: The Man Who Stopped Death, which the Museum of Tolerance called "one of the definitive books about the Holocaust."

She also wrote Spidey Super Stories for Marvel and Children's Television Workshop. She worked as a Staff Writer for the Hallmark Channel and has written several series of nonfiction books.

Sharon started her career as a book editor at Taplinger and William Morrow, then became a staff writer for four national magazines, as well as a celebrity ghost writer and an editor and co-author for Chicken Soup for the Soul. She often speaks to school and civic groups and teaches the popular writing seminar THE BOOK INSIDE YOU with Tom Mattingly. She also co-runs Creators Haven, which brings female artists to mansions 3 times a year to make art. It has become a multi-cultural incubator that sends artists back to become leaders in their communities.

Sharon grew up around Chicago, Illinois and in Springfield, Missouri. She moved to New York to attend NYU. Currently, she lives outside the city with her husband and two college-aged offspring.